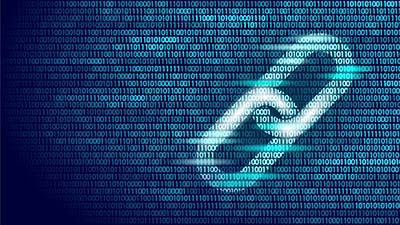 Blockchain is the umbrella term for what has been hailed as a game-changing technology.  Of course, that buzzphrase has been applied before many times, to many technologies, developed by great minds. Remember Apple’s Newton?

At Least Four Arguments for Blockchain as Game-Changer

When it comes to blockchain, those championing the technology cite four reasons why its potential is amazing.

Hybrid Ripple, which has a blockchain backend, is an accepted worldwide financial settlement platform. Its handles unlike assets and operates in nonliquid markets. The transactions are low-cost and processing is rapid.

Venture capital firms, ranging from Sequoia to Andreessen Horowitz, have invested heavily in blockchain. They are considered the smart money. More money usually follows what the smart players do.

In addition, there’s the public interest. Food contaminants, such as e-coli and listeria, cause severe illness, death, and life-long medical problems. To manually track the source can take days. Meanwhile the human suffering continues. Applying blockchain can identify the point of origin instantly.

The question is: How much should business and government bet on this particular horse-and when. The corridor of progress is littered with hyped technologies that never realized their commercial potential, improved society, or provided platforms for future advances.

Also, now, blockchain is in what might be thought of as its toddler stage. If it does yield enough of a payoff, that will take time. By that time, a competing technology might emerge and commercialize more quickly. Yes, developers, tech will break your heart.

The Fundamentals of Blockchain

So, what is blockchain?

Essentially, blockchain is a class of open-source software for a special kind of database or ledger. That maintains a growing list of data transactions.

Right away, that in itself sets up a red flag:  Many types of databases exist. Businesses, government, and individuals can stick with them, right.

Baby Boomers might recall: There was a time in BigBusiness when corporations absorbed every new technology, no matter the compatibility challenges-and expense. Then, that stopped. The new mindset shifted to operating with “good enough” technology.

Six Incentives to Switch to or Start from Scratch with Blockchain

Blockchain is only one of the myriad technologies out there. However, there seem to be six reasons for institutions and individuals to experiment with blockchain.

It’s the blockchain which underlies cryptocurrency. Often, that’s referred to as digital or virtual currency.

Some kind of cryptocurrency is associated with most but not all blockchains. That digital currency is called “tokens.” Those digital tokens are a new asset class. As explained above, private blockchains are not token-ased.

Blockchain participants name their tokens and some seem to be having fun. Fortune Magazine journalist Robert Hackett named his “Petsdotcoin.” He speculates that he could leverage being in this game for presenting a business idea to investors and seeking funding. Then they could track the results in a secure manner.

Those determined for blockchain to unleash its power got it that one kind of cryptocurrency was a liability. That was and still is bitcoin.

Sure, bitcoin can be lucrative. But, no, it hasn’t been able to shake off its lousy branding.

Many remember Ross Ulbricht aka “Dread Pirate Roberts.” His website Silk Road did brisk business in illegal merchandise paid for with bitcoin. Much like Uber, bitcoin has become a target for regulators globally. When they go after bitcoin, they gain media attention. That may be a game. Or it could reflect genuine concern among worldwide leaders.

The smart money made it their business to distance themselves from bitcoin. Marketers call that “rebranding.” Notice that recent articles about virtual currency are headlined “blockchain.” The headlines used to tout the term “bitcoin.”

To some sophisticates in digital technology, blockchain may promise a version of paradise. They are the ones on the front lines, cheer-leading for wider adoption.

However, even among that “Pom-Pom Crowd,” there are those who recognize how easily this technology can be sidelined.  There is the real possibility it will never have the opportunity to become a standard digital tool.

For example, in the book he co-authored, “Blockchain Revolution,” Don Tapscott admits that things can go very wrong. In her book “Blockchain for Dummies,” Tiana Laurnece points out when there has been trouble in paradise.

A characteristic of this digital era, of course, is that things can change quickly. Overnight, the perception of a technology can turn from giddy optimism to fear or, worse, irrelevance.

Here are eight realities which should cause supporters the most anxiety. Each in itself or several in combination can throw shade on blockchain.

Excessive Energy Consumption. Recent extreme weather has made climate change an issue close to home, literally. Those displaced by Harvey and Irma, including animal companions, are the focus of policy discussions about energy types and consumption.

In their 2014 study, Karl J. O’Dwyer and David Malone documented that the bitcoin network alone consumed as much electricity as the entire nation of Ireland. Energy is needed both to operate the computers, then to cool them down.

Society could decide to impose a moratorium on blockchain until it creates a way to reduce consumption.  However, possible solutions such as more centralization could cause confusion about its core identity.

Elimination of Jobs. The reality that whole professions could be wiped out by technology is at the center of 21st century hysteria about the future of work. Push-back is an option, just as it had been with the Luddites in the Industrial Age. Those threatened with unemployment could lobby to ban those breakthrough developments in blockchain.

The jobs lost because of blockchain could include those in banking, back office functions, real estate escrow, the transactional parts of the legal sector, logistics, and shipping.

Loopholes in Security. No, the security associated with blockchain isn’t absolute. In The DAO, an insider withdrew $50 million from the $162 million crowdfunded by the 11,000 participants. That was possible because the code was flawed.  Blockchain is positioned and packaged as having error-proof code. Obviously, that reputation doesn’t align with its track record. Anti-blockchain forces could hammer that negative.

Difficulty Course-Correcting, Revising Data. The supposed strength of blockchain is its permanence or immutability. But that could turn out to be its central weakness, especially when it comes to those smart contracts. In essence, a smart contract is autonomous software programmed to be The Decider in choosing among financial options.

Suppose a third-party, that is, an entity outside the blockchain, assesses the smart contract as problematic. Good luck remedying that. Such a constraint could be the impetus for regulators to crack down on this feature, hobbling blockchain in general.

Regulatory Gray Zones. Just as in the early days of the internet, regulations and the courtroom haven’t caught up with technology of blockchain. Some refer to the current situation as the “Wild West.”

But once regulators shift attention to blockchains, in addition to their current focus on bitcoin, and court decisions are made, this technology may find itself abruptly stopped. The regulatory and legal threats could become the largest risk factors involved with this technology. The smart money might back off.

Undermining of Government. Those government-oriented decentralized autonomous organizations (DAOs) can have the goal of destabilizing or overthrowing the official government. With national security issues so prominent, this possibility could cast a dark shadow on blockchain.

As the U.S. government has learned, there is no way to prevent a kind of Ed Snowden phenomenon from emerging. Once the members of the media report on the inherent danger of government DAOs, Congress could take action.

Not User-Friendly. Blockchain is proving to be more complex than envisioned. Given the difficulty of operating blockchain, it’s unlikely the technology will find its way into mainstream daily use. Until the software is simplified, the technology will be only open to those with a computer-science background.

Low Adoption Rate. With the exception of bitcoin, blockchain has a low adoption rate. To become a practical reality in business as well as in government, it requires high adoption. Yes, this phenomenon is The Wisdom of Crowds.

The Shrug Versus The Smirk

Some seasoned watchers of this digital era have internalized the mindset which might be labeled The Shrug. It’s code for Don’t Know-So, Let’s Hold Off Judgment. Probably that is the common-sense mindset about blockchain-as well as many other competing technologies and ideas.

On the other hand, there are the cynics who have internalized what might be labeled The Smirk. They expect to be disappointed. That’s probably a very limited perspective for viewing possibility.