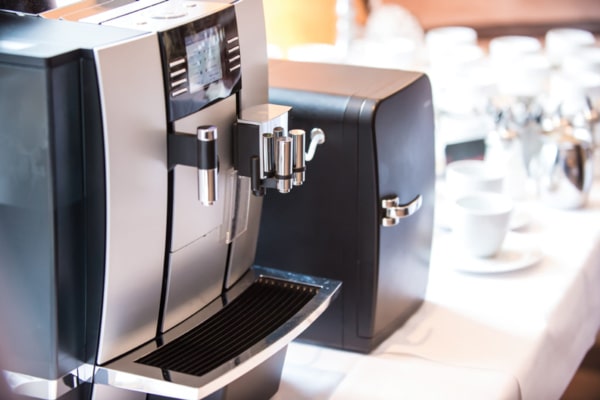 The internet- arguably the most vital resource we have in today’s technologically advanced world. Financial transactions can be completed with a few clicks and a credit card number. All public information on any subject, no matter how mundane, has plenty of pages dedicated to it. Forms of communication that were once thought of as impossible are as easy as setting up a Skype call, allowing people across the globe to talk face-to-face. However, despite its importance, it’s difficult to think of the internet as something tangible. It’s not something that can be seen by the naked eye. Except the internet of things has been here since the beginning.

The internet of things (IoT), coined by Kevin Ashton of MIT’s Auto-ID center in 1999, is the concept that any device that can be turned on or off can be connected to the internet. While some examples are obvious- cell phones, computers, video game consoles, and the like- some everyday appliances and household features are gaining internet connectivity. If you’re able to remotely start your car, change the thermostat, or begin brewing a pot of coffee, congratulations- your device is a part of the vast internet of things.

However, the internet of things is far more than laptops and smart ovens. It also includes things that have been tagged for internet usage, by way of QR codes or RFID (radio-frequency identification), among other methods. Once these tagged items are scanned, they are part of the internet of things. This means that anything from a historical monument plaque to your dog (once their ID chip is scanned), can be found online.

Beyond regular consumer use, there are a multitude of more professional applications. In hospitals, for example, internet connectivity between devices can let doctors check on their patients’ statuses from anywhere, not just inside of the building. The internet of things is vital in monitoring infrastructure and energy production facilities. In the realms of transportation, digital tolls and speed-limit signs are already seen with relative frequency.

In the coming years, the internet of things will become especially vital for many businesses. According to TechTarget, companies that use IoT in their workplaces experience greater productivity, lower costs, new revenue channels, and a better overall experience for the consumer. Furthermore, companies that do adopt such tech find it absolutely vital and critical to “digital transformation.”

One of these industries is an odd one, but ultimately logical: the farming industry. Irish company Dairymaster is responsible for many devices used in milking parlors, ranging from milking equipment to cooling tanks. They’re also responsible for the MooMonitor, a wireless sensor that can detect the overall health and fertility of a herd of cows before transmitting the information back to the farmer via an app. Says CEO of Dairymaster and creator of the MooMonitor, Dr. Edmond Harty, “[it’s] exactly the same type of technology as is coming out the ‘wearable’ companies in Silicon Valley, but we do a lot more. It takes three million readings a day from a single cow.”

As for the consumer, paper might just be the next hot commodity in the world of the IoT. At the International Electron Devices Meeting, held from December 2-6, 2017, University of Texas at Austin researchers have found that a certain compound can make paper-based electronics have the right frequency to work with IoT applications. There are still a few challenges ahead- common printer paper is far too rough, water-absorbent, and flammable to function well as an electronic- but head researcher Deji Akinwande found that a layer of polymer over the sheet solves these problems. Nevertheless, much more R&D is necessary before mass commercial use.